Windows: The Pros and Cons of the Most Popular Styles

Windows occupy such a large part of the home’s façade that their style matters immensely! And while it’s nice to have the right window style for your home style, it’s even more important to find a product that will also be convenient.

Yes, finding a replacement window or the right products for window installation at a new construction involves much more than focusing on style. It’s actually paramount that you get windows with the right glazing, frame, and energy efficiency that will also lock well to provide high security.

But let us focus on the most popular window styles right now, their pros and cons, and how they work to help you weigh your options and decide which one will work best for your own home. 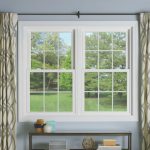 There are single and double hung windows, and in spite of their differences, they are considered some of the most popular styles. They both have two sashes in one frame. The difference? In a double-hung window, both sashes move. In a single-hung window, only one sash slides up and down.

Double-hung windows are not only popular but also go way back. They are considered some of the most traditional window styles and so, look well in traditional homes, farm houses, etc.

While most homes don’t have awning windows, they are particular popular 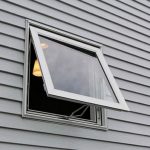 in circumstances where there’s a need to keep the window open for a long time, even if it’s raining. Awning windows are hinged at the top and they open outwards. They are ideal for below-ground premises and basements.

Naturally, the list of window styles is much longer but the above options are the most popular ones – each for its own reasons.